A whole lot of sense being made...

Email ThisBlogThis!Share to TwitterShare to FacebookShare to Pinterest
Labels: Budget

Here's a simple cheapseats AIS receiver over at Hisse et Oh you may want to check out. 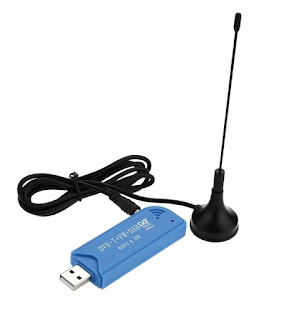 Now, don't you wish you'd paid more attention in French class during high school? Not to worry, Google translate is there for you if you need help...

The other day I bought a light and it got me thinking about the cost of things in general and how much money we can save if we just do the needful homework to become educated consumers.

75%
It happens to be the number which seems to keep popping up when I compare prices on marine products on a regular basis. So often, in fact, that I'm actually beginning to think that for a lot of "marine" products it's almost part of the equation or rule and, if it is, that means we can use it to our advantage.

Which brings us to another, albeit smaller, number...

If I go to a marine store to buy some epoxy and a little glass cloth I'm always amazed at what passes for the "normal" price and recently, checking epoxy prices, I saw a quart and a half of resin/hardener was selling for $78.99 and a 30 inch by 30 inch square of glass cloth going for $18.37 which together adds up to $97 and change. To me this just  seems a whole lot nuts but, as I never buy epoxy or glass in such small amounts, I checked the prices from my normal purveyor of such things and found a quart and a half of epoxy including hardener was a whopping $39 and a yard  (36" x 50") of similar weight/quality went for $6.90 which adds up to $45.90 or less than half.

Of course, if you were to buy your epoxy or glass in greater quantities you'd spend a whole lot less bring you right up to the that 75% cheaper point. Get a little creative and check out what they have on sale and you , more than likely would surpass it.

The earlier mentioned tricolor/anchor/strobe I bought last week is another example. While I could have spent anywhere from $450 to $800 or so for one but with a couple hours of homework I was able to find a quality light better suited to my needs for $99 or a bit less than 25% of the cheapest light available from the local marine stores.

Another good example is screws, bolts, and nuts of the stainless variety. Do a little research and you'll find it's pretty easy to spend about 25% of the going rate for marine fasteners and that's not even having to buy in bulk. Bulk, of course makes things much cheaper.

Looking at the big picture, if you do your homework, you can pretty much depend on being able to buy the stuff you need for 75% less than you can get it from your local discount marine store. Sure there are exceptions but, generally speaking, for the most part, where you can't get stuff for less there is going to be a workaround if you're the least bit creative. But, more on that later...

Email ThisBlogThis!Share to TwitterShare to FacebookShare to Pinterest
Labels: Money

a couple of links...

Yachting Monthly has a nice article online about a single handed trans-Atlantic voyage aboard a a 27-foot Sadler that is well worth the read...

Meanwhile, over on the HEO forum there's an interesting thread about a crew of three crossing the Atlantic in a 25-foot Sangria.

Email ThisBlogThis!Share to TwitterShare to FacebookShare to Pinterest
Labels: SBSP, Under 30-feet, VolksCruiser