So, a reader wrote me yesterday wishing happy holidaze, asking when I'd get around to some new posts of the VolksCruiser variety, and wanted my opinion of a boat (Ranger 26) he was considering.

As it happens, there are actually four different 26's Ranger built over the years designed by Gary Mull (who designed two), German Frers, and Raymond Richards. The one we're actually talking about is the first Gary Mull design built from 1969 into the 70's. 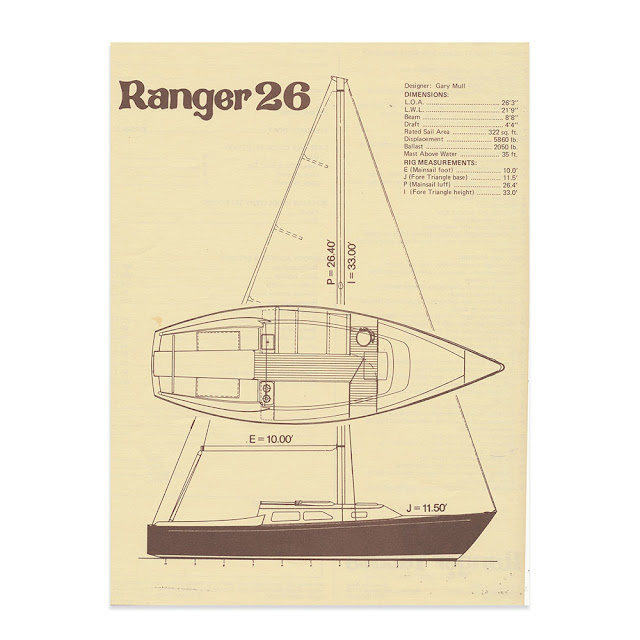 Not a lot of headroom but it has a well proven and very livable layout. I've seen people live happily in smaller spaces and at 6'5" I would not see it as being overly problematic. A hard dodger would be the first project on my list if I found myself owning such a boat.

Being a Gary Mull design, the boat sails well and has a performance edge that goes with the territory.

Oh, yeah, the asking price on the boat, which looks good, is less than $500 which is, pretty much giving it away. Worst case scenario if you bought it, cleaned it up, sorted out its issues,and made it pretty you could flip it and make a reasonable profit in the process.

More on what I'd do to morph this boat into a VolksCruiser in the next post...