Sometimes a little historical perspective is a needful thing...

Being an old fart does have a few advantages...

The other day I was reading an interchange between folks who simply did not understand the reasons behind the thought process in terms of boat, gear, and cruising choices of Lin & Larry Pardey. The logic (or lack of) seemed to be that no one should go to sea without currently available conveniences or should have done so way back before these things actually existed.

See what I mean about questionable logic?

The thing is, a lot of the stuff we take for granted are actually quite new in the grand scheme of things so to fully understand how and why Lin and Larry made their various decisions you have to jump back into your Wayback machine and and go back a ways... 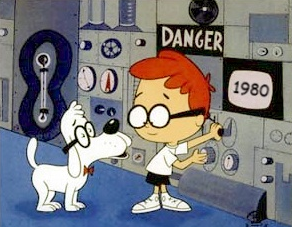 Back in the late 70's and early 80's you'd notice that one of the main reasons folks had motors was not to make passages under power but to charge their batteries and keep their beer cold. As it happens, you would also notice that engines in boats (not unlike today) were less than dependable, often a source of expensive problems as were various charging systems that were motor-centric.

Electronics were expensive, undependable, and power hungry. How expensive you ask? Well I remember while building the first Loose Moose and looking at satellite navigation systems, the cheapest was right around $5000 and had rather feeble coverage of a lot of the places folks on boats sailed. As for things like EPIRBs, while they existed they did not work very well or transmit very far.

Electric lights of the 12-volt variety were both power hungry and dim so a good kerosene lamp (either for reading or as navigation lights) were as good or better...

Kind of puts a whole different tilt on those choices made by L&L all those years ago.

Back when we were cruising in the Med in the early 90's not all that much had changed. Most American cruisers we met had refrigeration (though I should add that most of those were constantly having them repaired), solar panels were just coming into more widespread use but most charging was still provided by an alternator, and people with motors always seemed to be working on them.

Fast forward to today and most boats are using electricity in volumes that would have made someone cruising in the 60/70/80/90's freak out. Electrics are better, charging systems are better and as a result we tend to take them for granted but even the best system still has an annoying habit of going all Murphy's Law on your ass from time to time.

Me, I like having a small fridge and an electrical system that allows me to have lights, watch DVDs, and suchlike. I certainly would not want or need to give them up in any scenario I could envision. That said, having sailed for a long time and been up close and personal with too many badly designed or built systems marketed to boaters, I don't have any illusions that anything electrical will necessarily work when I really need it to. So I always keep the 4th rule of VolksCruising in mind and am prepared to carry on without when it happens...

Back in the early 90's I remember hearing that Lin and Larry had not only added a couple of small solar panels, a battery, and some reading lights to Taleisin but they had also got a a small vacuum cleaner (yeah, the vacuum sorta/kinda surprised me). Of course, it made perfect sense because they were not anti-electricity zealots at all but simply folks who did not want anything on the boat they could not depend on and, as electric stuff on boats became better, they added a few things when they made sense and passed their need/want criteria.

A vacuum cleaner is actually a very needful thing aboard a boat...

Speaking of needful things, the other day I realized that I no longer had a copy of The Self-Sufficient Sailor. As it's a book I keep going back to I really need a new copy and since I'm not really a Luddite (with my Kindle backed up a half dozen ways) I'll be getting the Ebook.

a rig of interest...

I came across this rig a while back and it seems to make all kinds of sense... 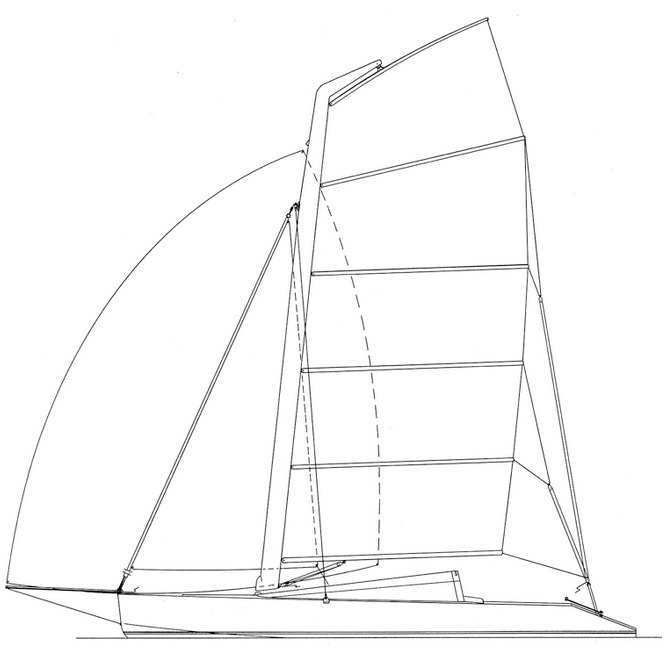 Better yet, it's an affordable and home-buildable rig. What's more, I'd really, really like to build and try it out.

Roll with the flow...

OK, I'll admit it. I've been reading that toxic cesspool of a forum regarding the aftermath of the loss of Rebel Heart. It's depressing reading but has the attraction of a slow motion train wreck combined with a witch hunt and OMO forgive me but it is entertaining in a sick and twisted way...

A guilty pleasure if you will.

The thing I keep coming back to is that some of the worst players in the debacle seem to think that if someone dots all the i's and crosses all the t's that one can protect themselves from stuff going FUBAR. Oh yeah, can't forget that there always has to be someone to blame.

They're wrong of course as events always tend to seriously screw with the best laid plans, or in the words attributed to the great thinker Forrest Gump...

Yes indeed it does.

Which brings us to another rule of VolksCruising...

Here's something of a conundrum...

You live on a rock with a finite number of resources and there's plenty of proof that a lot of important resources are either running out or will become too expensive to use in the not too distant future.

What do you do?

A. Bugger all and continue as normal.

B. Bugger all, continue as normal, and hope someone smart comes up with an answer.

C. Bugger all and radically expand your use of depleting resources...

Not much of a choice is it?

I don't know, but somehow the headlong plunge into bigger and bigger boats just seems a kiss problematic.

Hardly surprising because in a bad economy/faux recovery world there are simply a lot of folks who can't afford to have a boat. So, as a result, a lot of them are selling them for pennies on the dollar.

For us, dear reader, this is no bad thing.

Take this ad for instance...


Selling our cal 2-27, set up for cruising.. makes a really sweet gunkholer for the bay

This boat's in pretty good condition, sound structurally. could be sailed to mexico and beyond with the following improvements: tune-up on the engine, running rigging improved (previous owner started but didn't finish), electrical water pump serviced or replaced.

As of now, she would make a very sweet liveaboard for the right person or couple, and she's a joy to gunkhole around the bay in. She's in Emeryville and the slip should be transferable to the right person.. great marina with a great community in a great location.


Small boat well equipped that only needs a bit of cash, some sweat equity, and fine tuning. The surprise is, in the current market, this is actually considered a bit pricey.

Something you should read...

Email ThisBlogThis!Share to TwitterShare to FacebookShare to Pinterest
Labels: Blogs

Just the other day someone mentioned to me he was going to forego a self-steering gear because he'd have to pay in excess of $5000 to get a good one and if he could not have "the best" he'd simply make do with a used underpowered, prone to failure, and non-user serviceable tillerpilot he could get for $200 at a nautical swap meet.

Do I detect a certain failure of logic somewhere?

For an example of where such logic may leave you, check out this post about a guy who needed to be rescued and lost his boat due to the lack of a self-steering gear... He thought he had to have the best as well.

Today I looked for a few minutes and found several Aries gears for under $1000, an Atoms for $1250, and a Sayes rig for $750... All in good shape and all top quality self-steering gears. I expect with a little more searching you'd be able to find one for even less.