a quick response for that guy who must have the perfect boat...

I have very few illusions about boats...

I don't over-romanticize, put it on a pedestal, or fetishize them because, when all is said and done, a boat is just a boat.

Webb Chiles is currently doing his thing on a Moore 24 which is not the sort of boat most folks would consider for sailing off into the sunrise on but I'm pretty sure that "Gannet" will take Webb wherever he wants to go. That said, so would any boat that Mr Chiles decided to sail off on...

It's really never about the boat but always about the person sailing it.

What we're talking about...

Why your local lumber yard might be your first stop...

I've got a couple of pieces of wood that have been sitting out in the open for the last couple of years as sort of a "when-will-this-stuff-rot/fall-apart" test.

Now, I'll admit it's not a serious scientific test and more a simple bit of satisfying my curiosity but it has been enlightening.

The wood in question is a bit of yellow pine "2X4" , a bit of cypress 1"X6" and a scrap of some formply I used for a mold section when I was strip-planking my new mast. For a control I have a little offcut of teak and a scrap of marine plywood.

As to the conditions it's been subjected to, I happen to be in the Caribbean and it's been through the same old same tropical weather and conditions that everyone warns you about when they are telling you that you need an expensive tropical hardwood because anything else will deteriorate and rot.

The pine 2" X 4" is, except for some minor discoloration, just peachy keen and so is the cypress 1' X 6". As for the formply it looks pretty much as it did when I cut it out. I should restate the point that it has been out in the sun/rain/humidity unprotected all this time.

The teak on the other hand has some "soft" spots and the marine ply is delaminating.

So ends this test as I threw out the control groups the other day...

While not exactly conclusive, it does reinforce some opinions I've had for a long while about teak being just about the last wood I'd use for boat construction (well, unless it was FREE) brought about by having worked on a lot of boats with serious rot issues that involved teak and redecking an old schooner built in 1910 whose original pine deck was in pretty much pristine condition the problem being the oak beams under the deck which were soft.

In a couple of weeks I'm going to build a new T-section boom for "So It Goes" and I'll be building it out of yellow pine. It's cheap and more than strong enough with the addition of a bit of carbon roving I happen to have laying around. Coated with epoxy then painted, it will likely last twenty years or so with minimal maintenance. Better yet, I don't have to take out a mortgage to be able to afford a more seamanlike wood.

Even more important, woods like yellow pine and cypress are much more sustainable materials than exotic hardwoods... Not only are you saving a lot of money, you're also doing the right thing ecology wise. What's not to love?

The formply, on the other hand, needs some more testing where long term epoxy/glassfiber adhesion is concerned. That said, If I were going to build a sharpie or any traditional plywood construction boat I'd be looking very seriously at formply for the hull, deck, and bulkheads...

On the premise that spending money to save money is a good idea...

I'm currently fleshing out some ideas about frugal cruising for my Island Gourmand blog. While reading some other blogs on cooking on boats I detected a certain trend where saving money was concerned. The solution most put forward to spending less seemed to be to go out and spend more.

I'll be honest this sorta/kinda surprised me.

Looking at a lot of advice on the web regarding saving money cruising or for your boat there it was again; the same spend money to save money mantra... So, for instance, if you have an inboard engine that uses too much fuel (or so you think) and you run your engine 300 hours a year, your best solution would be to...
Now, I'm pretty sure VolksCruiser readers can see the illogic of one of those solutions . Well, at least I hope so.

On the food front my basic premise is simply to fish more, spend less, and, when needful to spend money, make sure the math works out in your favor whenever possible.

Applied to general boatbuilding, boat upkeep, and cruising, translates to DIY more, spend less, and, when needful to spend money, make sure the math works out in your favor whenever possible...

So, here's a rig that deserves some serious study... 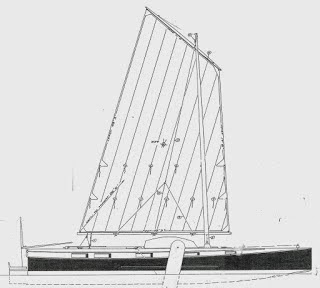 Email ThisBlogThis!Share to TwitterShare to FacebookShare to Pinterest
Labels: Rigs

The new issue of Practical Boat Owner has a review /article about he Etap 24i that caught my attention. First off, it is a good review and not the usual regurgitated advertising copy we take for granted in American sailing rags. Secondly, I've always really liked what Etap is doing with their boats and it's good to see how they are holding up.

Yeah, you read that right... PBO reviews boats from time to time on how they have held up long after they were the new boat at the boat show. What is it they say about hindsight being 20/20?

The thing I really like about PBO is that they take their job seriously...

In the same issue there is a somewhat exhaustive/exhausting article about shaft seals, a test of small portable fridges and cool boxes, and quite a few hands on projects and how-to's.

The downside is a subscription is more expensive than Sail or Cruising World...

There's a guy anchored next to me who I kind of admire...

He mostly single hands and sails into and out of an anchorage in total control, handling his boat with the sort of elan one expects with a dinghy...

What's a little different is his boat is a Santa Cruz 70... 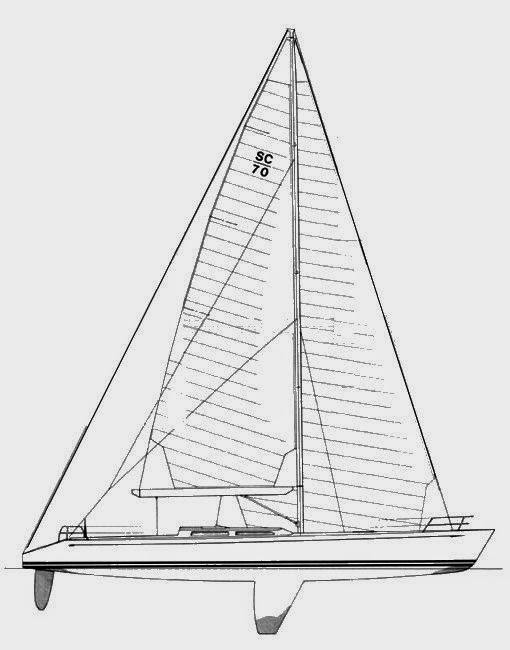 Which brings us to the next rule of VolkCruising...