and in the "making a lot of sense department"...

a simple, elegant, and cheap solution...

Far too often we throw silly money at a problem when there's a simple and cheap solution just waiting to be found.

Reading today's news from the USVI, I could not help but notice that the top money guy (in what passes for a government) is simply clueless where actual economics is concerned and, apparently, can't do simple math... That said, not really very unusual these days where politicians are concerned as we seem to live in an age of reality-light thought process.

I mention that because while some folks can afford to live in a world where laws of physics and a finite universe are not the order of the day, folks of the VolksCruiser persuasion simply can't afford to be anything but reality based.

Which brings me around to the yearly blow-out sale that is coming up at Defender...

Well, blow-out might no longer be the best description these days as I've noticed that every year the deals seem a lot less like deals. It's just more of the same old same with a lot of hype, and with most of the so-called "great" deals being just cheap crap they bring in so they can entice you with $250-VHF-for-$50 sort of come on.

Still, it's a big sale and it is worth your while if you need stuff to at least check it out. As for my want list, the only real thing is an AIS transponder because I expect that sooner rather than later a shitload of countries are going to start requiring cruisers to have them and once that happens the price of AIS is going to go up in a big way. Then again, do I really want to cruise police states places where they require you to be tracked 24/7/365?

So, if you happen to have a shopping list and the Defender sale is in your to-do list you might want to really check out what a good price is for the items of interest. A little homework now will save you the day after "Did I really pay that much for this stuff" blues.

Also it wouldn't hurt to do a reality based Need/Want assessment and a "can I really afford this thing?" accounting exercise as well...

I'm pretty sure this is not exactly an example of progress...

Is it just me or am I the only one who's noticed the somewhat alarming fact that you can now buy cans of gas for your outboard for $7.99 a quart?

While I get the whole ethanol is bad for outboards and suchlike, the idea that we're reduced to buying gas for more than I pay for decent rum is just frelling nuts.

That said, barring someone coming up with a hack that allows me to run my outboard on cheap rum, it is a pretty good argument for dinghies you can row or sail...
Posted by RLW at 3/19/2016 09:48:00 AM

A book you really should read... 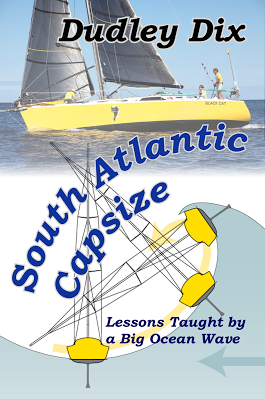 Attainable Adventure Cruising has a must read article up and you might want to check it out before it dissappears behind the paywall.

So, why don't you build something?

Everyone needs a dinghy...

Of course, they felt they needed a bigger, more expensive dinghy as well.

Have you looked at the cost of dinghies of late? Looking at the inflatables from Defender, the cheapest dinghy they have is $699 but it's PVC and you'll have to buy a motor (at least $1000 for a 2HP) because inflatables don't row. When all is said and done you'll have spent at least $2k for a dinghy that is going to be problematic at best.

I won't even get into the whole "But you really need a RIB and at least a 15HP because, you know, speed..." to join the cool kids clique rant because you have a rollup inflatable and a 2HP you'll have to suffer through as a result.

My next dinghy, a nesting TwoPaws design will cost me the price of three sheets of 1/4" plywood, twenty bucks in lumber, a roll of glass tape, five yards, of glass cloth, and 1 1/2 gallons of epoxy. That and three full days of work and I have a cool dinghy for less than $500.

Since it rows way better than an inflatable I won't bother with an outboard but will keep my eye out for a cheap used 2HP two-stroke because, you know, some days you need to be a bit lazy. I'll also throw up a sailing rig for another hundred bucks... All told, I can't see it costing more than $800 which is still $99 cheaper than that funky PVC inflatable from Defender.

A big part of the problem with boats...

Is that people just don't make enough of their own shit.

Boaters these days are consumers and it has not escaped my attention that a lot of folks look down at folk who actually do their own repairs, build things, and, you know, invent stuff that actually works on boats.

Surf folk get it. Building your own board is universally respected and if you happen to try something new your street cred goes up a few notches even if it does not work because everybody gets that the path of evolution is fraught with dead ends, mistakes, and if you're not getting it wrong you're simply not trying hard enough.

Bike folks get it as well. In fact, there's a bike-centric group of folks who adopted the weighty moniker of SOPWAMTOS which stands for...


Society of People Who Actually Make Their Own Shit

Just about every bicycle mechanic or frame builder I've ever come across has an innovative nature that I find mostly missing in and around the marine trades which seems to be more about the payday rather than actually building something they might be proud of.

That said, most marine trades men and women I know make a whole lot more money than surfboard shapers and frame builders.

When was the last time you saw a really cool innovative idea for sailboats on KickStarter or something like it? You know the sort of idea that made you sit up and say...

More about this soonish...

I've been watching this boat on the market for a while... 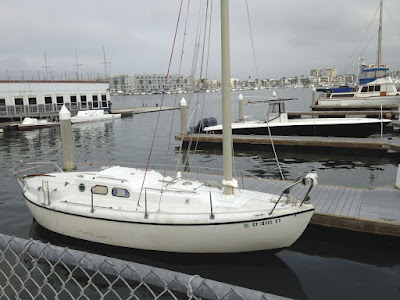 and why it has not been snapped up in an instant is something of a riddle to me.

Sure it's small but back when we spent a year in the Canary Islands there was a Storfidra 25 with a young family aboard who'd sailed it down from someplace in Scandinavia via a circuit of the Med. They really could have been the poster family for folks having a wonderful time cruising.

I later saw their boat in St Thomas a couple of times and I'd heard they finally sold it to go back and build a nine-meter design because they had another kid on the way and 25-feet is a little small with a family of four.